Entrepreneurs use coupons to convince Colombians to recycle

Retail companies have long known that coupons can attract customers. Now, some entrepreneurs in Colombia are using coupons for a novel purpose. They’re offering them to residents of the town of Cali, for recycling.

For the past year, Luisa Fernanda Maya has been taking her empty soda bottles to this machine. In exchange, she gets coupons for discounts at clothing stores, restaurants and ridesharing services.

“If you get the Uber discount, it tells you to put in the number of the coupon you received and with it, you get a certain discount,” new recycler Luisa Fernanda Maya said. “For example with food, I get a $3 discount, or in Uber I get about $1.50 discount on each ride.”

The machine is called Ecobot, and it is 100 percent Colombian made. The idea came about when Santiago Aramburo was studying in Germany. The Colombian engineering student was impressed by how many Germans recycled and received monetary compensation for doing so.

“As we investigated, we realized we couldn’t do the same thing and give money away because there is no policy here to force companies to recycle,” Aramburo said. “So we found a more sustainable way by providing coupons.”

Aramburo and his sister partnered with businesses such as movie theatres, gyms and local restaurants who want to promote their services through coupons for Ecobot users. The cost of maintaining the machines is covered by selling ad space on side panels.

To date, Colombia has not eagerly embraced the idea of recycling. Government data show only 17 percent of the country’s waste is reprocessed. Officials hope legislation passed last year to modernize and regulate recycling will boost that figure.

In the meantime, the creators of Ecobot said citizens need more encouragement to recycle. Colombia’s current recycling system is based on informal workers who, if they’re lucky, are paid about 30 cents per kilo for the bottles they pick up and sell to recycling plants.

“At this moment our recycling system is the informal workers who go from home to home to pick up recycled materials,” said Aramburo. “These workers live off of what they can carry on their backs to be sold to recycling plants.”

Offering incentives for recycling with the Ecobots seems to be working. Since their launch in April 2016, seven machines across Cali have collected 147 thousand plastic bottles to be recycled.

In September they hope to be able to put up their machines in universities and shopping centers in Bogota. But their main goal is to show all of Latin America that recycling does pay. 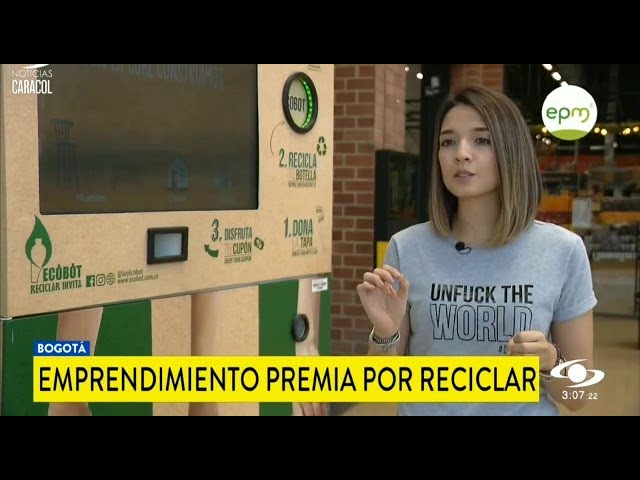 5 countries where recycling is good news 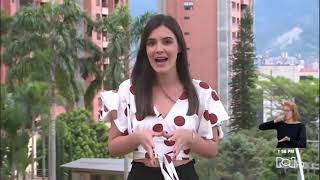 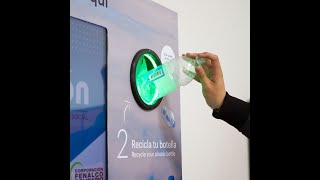 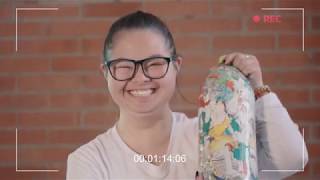